How will the new federal government address the issue of artificial intelligence? How sensible is the establishment of a federal digital ministry? What are the advantages and disadvantages of centralised control?

At the latest since the last coalition agreement of the Federal Government in 2017, artificial intelligence has also become a political topic in Germany. Accordingly, a number of new committees and initiatives have been established. At both federal and state level, not only have different constellations of actors emerged in recent years, but with them also a “dynamic confusion”: Who is involved in measures and strategies in AI policy, how and where? What are the differences between the federal government and the Länder, as well as between the Länder themselves? How do the goals and approaches differ?

To put the field of AI governance in order, we welcome Anne Goldmann and Prof. Christoph Bieber from the University of Duisburg-Essen to #CAISzeit. Together we will talk about how, by whom and with what goal artificial intelligence is politically shaped – and can be shaped in the future.

How will the new federal government address the topic of artificial intelligence? How sensible is the establishment of a federal digital ministry? What are the advantages and disadvantages of central control? Why is AI not yet a topic for political party competition? And what role does civil society actually play in the decision-making processes?

Anne and Christoph dealt with this in their research project “AI Governance. Artificial Intelligence as an Object of Political Governance”, they looked at the developments of “AI policy” in Germany so far. The overarching goal of the project is to create a general visibility of AI policies and to explore the question of whether the promotion and regulation of artificial intelligence should be understood as a policy field in its own right.

Read the results of the research project: 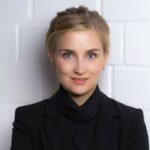 Anne Goldmann is working as a scientific researcher on the research programme „Digitale democratic innovations“. 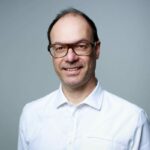 Prof. Dr. Christoph Bieber leads the CAIS research programm “Digital democratic innovations”. Since 2011 he has the Welker-Stiftungsprofessur for „Ethics in politic management and society“ on the NRW School of Governance at the University Duisburg-Essen.

All episodes
CAISzeit - the podcast